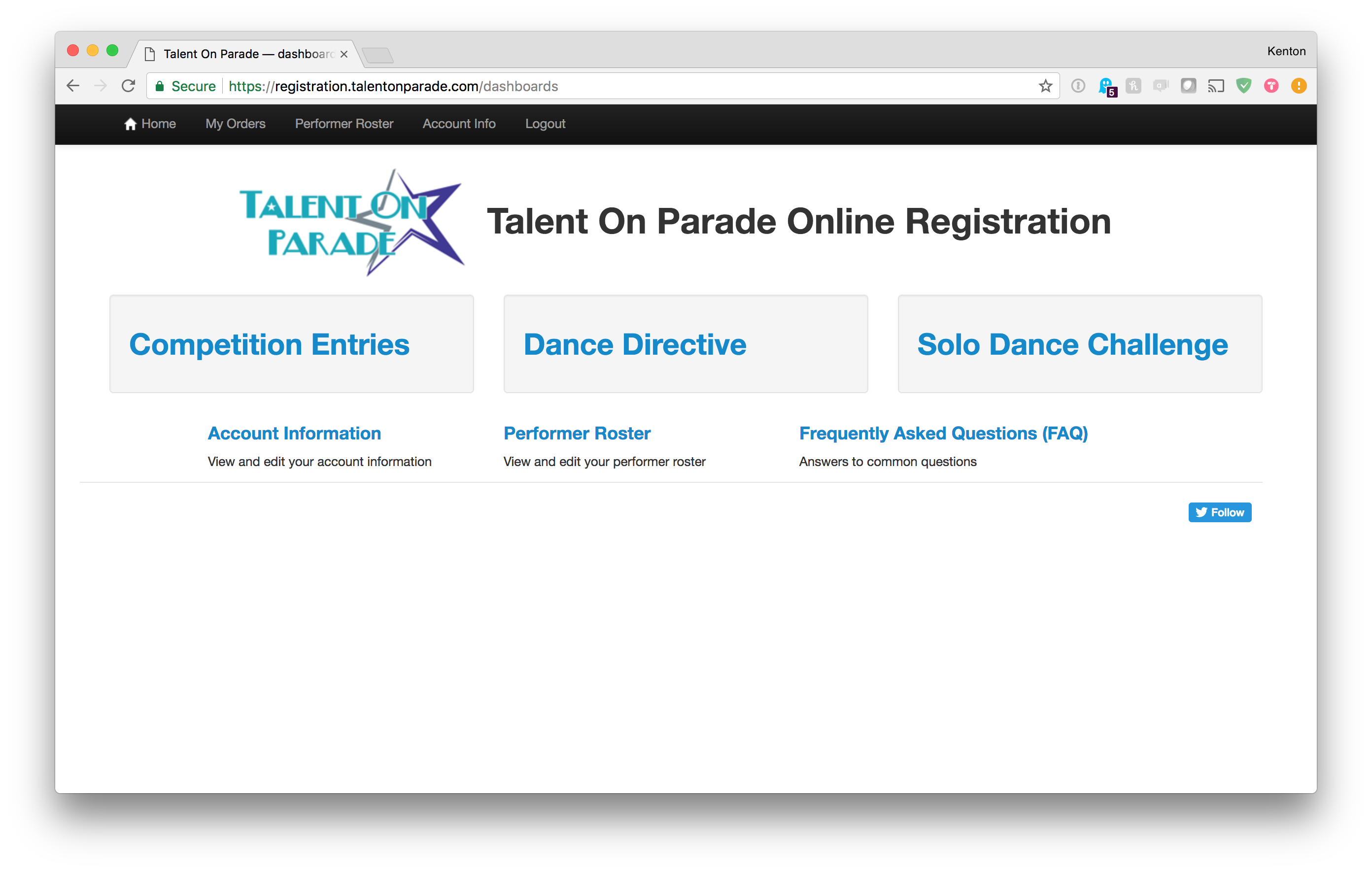 In 2006, I helped Talent On Parade with the technical hurdles of accepting electronic payments through a mobile connection. At that point, it was not as simple as signing up for a Square account.

Through that process, I also recognized the potential efficiencies to be gained by automating their processes and moving away from paper. I worked with the team there to start with accepting entries over the internet and integrating electronic payments over checks via mail.

Over the course of 5 years, the scope of the software grew from just order taking, to include studio and dancer management, event scheduling, judging/tabulation, and awards.

The company was based on a season that lasted 8 months of the year, so any changes we needed to implement had to be done on an annual basis. This also left very narrow windows for functional testing with actual users. While much of the work could have been pushed to production much faster, we opted for larger yearly updates before the season started.

Additionally, the end users were mostly “tech averse,” meaning while this work made the competition more efficient, the software was met with suspicion. We worked with the Talent On Parade team to mitigate those concerns with simple, frictionless UI.