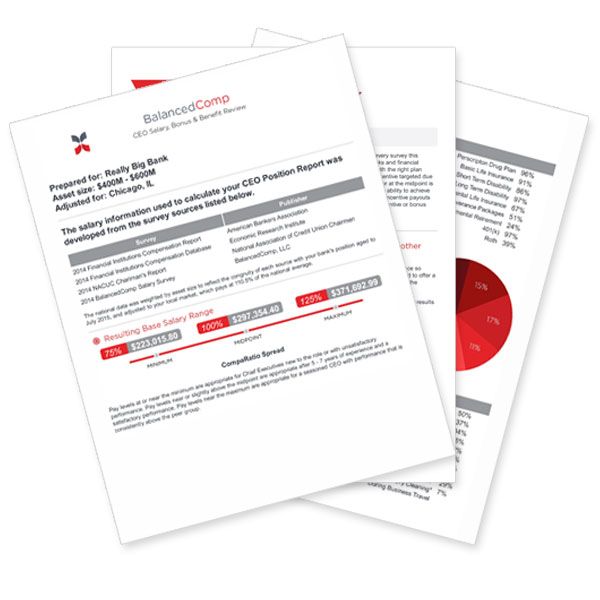 How much should you boss’ boss make?

It’s hard to be a VP of HR. But imagine the dread Board of Directors for your regional Bank when the inbox updates with:

That is a situation frought with peril. Even if you do an amazing job, there’s going to be one party reading your report with big problems. The Chair wants to keep the CEO, but doesn’t want to pay too much. The CEO wants to max out salary, benefits, and perques. And everyone is looking at you.

I knew from my first day that I needed to start the Product work by reducing effort. Growth was not a problem, per se, but onboarding and sales efforts took too much effort and time. When I joined BalancedComp full time in 2013, my goal was two fold:

I found my first project in the CEO Compensation report. This was report given away at trade shows and speaking engagements, but it had a monitary value. Other consultants would charge $500-$1000 for a preformatted PDF, and so did BalancedComp. It got a foot in the door with the most profitable qualified leads with the highest lifetime value. A financial institution wanting to dip their toe in the water of an outside Salary Consult. If they happen to get acquainted with our SaaS, so much the better.

The problem scope was three fold:

WhatShouldIPayMyCEO.com reduced the cost-per-report by 98%. It had an 11x increase in the liklihood of a unqualified lead moving through the funnel. And the project generated a 700% ROI based on the revenue it generated in the first year. I was looking for a loss leader, and turned a profit.